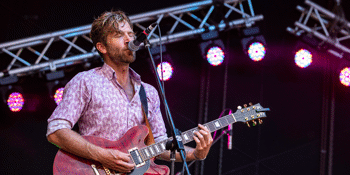 Little Alberts, The Victoria Bathurst (Bathurst, NSW)
Saturday, 15 May 2021 6:30 pm
8 days away
18 Plus
Blues
Roots
Send this event to
After 3 best-selling studio albums, 2 EP’s, and over 12 years of national and international touring, Owen Campbell has cemented himself as one of Australia’s premier blues exports.