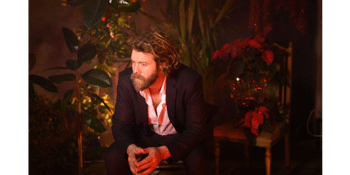 with Special Guests
The Workers Club (Fitzroy, VIC)
Thursday, 9 April 2020 8:00 pm
1 day away
18 Plus
Indie
Send this event to
RSVP on Facebook here

Australian singer/songwriter Steve Smyth is proud to return to his native Australia to tour nationally in support of his new E.P. “Blood”. The first release of a 4 x E.P. collection, Blood is the first new music from Steve since his critically acclaimed record “Exits” in 2016.

After touring the world extensively for the Exits record, Steve relocated to Barcelona in 2017 to write his next compilation of music, a 4 EP collection titled: Blood, Matches, Fractures and Celebration. It's the story of human catastrophe and redemption, one that Steve is excited to share with the world starting early 2020.

The tour will see Steve peform with a completely new stage show. Dynamic and interchanging, the new band will perform new and existing material on stages across the country.