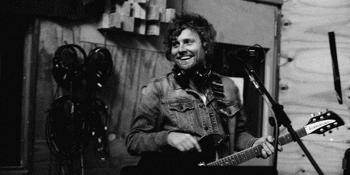 Siobhan Cotchin
The Grace Emily Hotel (Adelaide, SA)
Thursday, 10 June 2021 8:00 pm
31 days away
18 Plus
Rock
Folk
Australian Artists
Indie
Acoustic
Send this event to
Bob Evans, the ARIA winning alter ego of Jebediah frontman Kevin Mitchell, has graced the Australian music scene for more than two decades and has written some of the country’s most beloved songs.  Under the alias of Bob Evans, Mitchell has released five studio albums, all of which showcase the versatility and skill of this talented songsmith. Gentle, acoustic melodies prevail, enveloping the classic folk storytelling and strong emotional pull that characterises Mitchells’ substantial body of work.