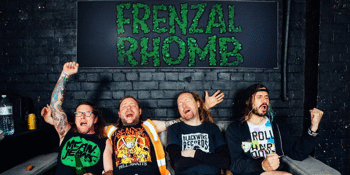 with special guests
The Newport Hotel (Fremantle, WA)
Sunday, 23 February 2020 5:00 pm
36 days away
18 Plus
Punk
Rock
Send this event to
Gutter-minded political agitators Frenzal Rhomb will return to WA in early 2020, in their words, “just coz”.

Frenzal will also perform at WA’s Dunsborough Tavern on February 22 as part of the national Hotter Than Hell Tour, which also features performances from international headliners Everclear and Unwritten Law.

It’s been some time since Frenzal Rhomb brought their raucous energy and zany stage antics to WA, with their show last February cancelled due to “another badly-timed injury from the most hospitalised band in the world!”

With only one live show in the Perth metro area, tickets will go faster than a crowd surfer over a stage barrier!