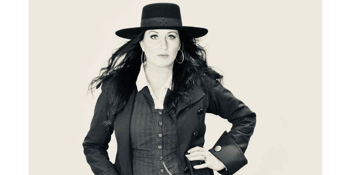 Moonshiners Honky Tonk Bar (Tamworth, NSW)
Saturday, 15 January 2022 2:00 pm
112 days away
All Ages (minors must be accompanied by Guardian)
Country
Music
Festivals
Send this event to
Three-time Golden Guitar nominee, Jayne Denham is one of Australia's most admired and sought-after country rock performers. Her impressive and relentlessly energetic live shows have earned her countless opportunities performing for VIP crowds at Keith Urban's Sydney shows in conjunction with appearing as a featured artist at all of the major Australian country music festivals including CMC Rocks, Deni Ute Muster, Gympie Music Muster, and the Tamworth Country Music Festival.

In 2017, her high-octane reputation caught the attention of US promoters, who invited her to perform at the Great American Trucking Show in Dallas, Texas, leading to a demand for her to be constantly touring America for the past two years.

Also known for her trucking songs, her deep connection with American audiences and the trucker community led to Jayne becoming Ambassador for the Women In Trucking Association, in the US.

Jayne has written and recorded with some of the biggest names in the business including producer Brian White, and writers Jerry Salley, Phil Barton, and Jennifer Schott, Jayne recorded her most recent album, Calamity, in the home studio of Rascal Flatts' Jay De Marcus, who played bass on the album.