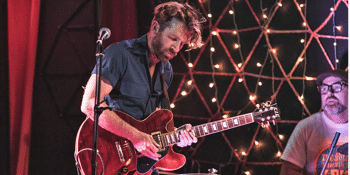 The Wheatsheaf Hotel (Thebarton, SA)
Wednesday, 13 October 2021 7:00 pm
19 days away
All Ages (minors must be accompanied by Guardian)
Blues
Roots
Soul
Alternative
Acoustic
Send this event to
Adelaide - we're coming to The Wheaty! Love this venue.