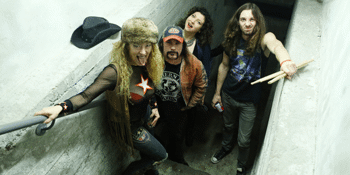 CANBERRA, MELBOURNE, SYDNEY, BRISBANE and PERTH - GET READY - NASHVILLE PUSSY will be in you!

Six studio albums later, the band has now played in front of hundreds of thousands of fans in nearly forty countries, sharing stages with some of the biggest bands on the planet, including ZZ Top, Marilyn Manson, Slayer, Iron Maiden, Black Sabbath, Lynyrd Sk and of course Motörhead, with whom they’ve played every rock outpost from Asia to Europe alongside, time and again.