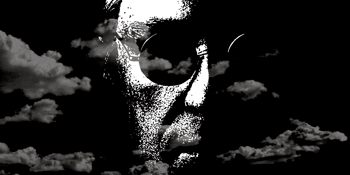 Paddo Lounge (Paddington RSL) (Paddington, NSW)
Saturday, 5 June 2021 7:00 pm
23 days away
18 Plus
Adult
Music
Send this event to
The JOHN LENNON SONGBOOK in concert with Band and Mersey String Quartet.
The producers of “Lennon Through a Glass Onion” announce a musical treat for fans of that successful show, and indeed anyone who loves the genius of the songs written by John Lennon, both as a Beatle and during his career as a solo artist - a career which spanned more years than his Beatledom!

John Waters and Stewart D’Arrietta have achieved world-wide acclaim for their two-man show “Lennon through a Glass onion”, which began touring in 1992 and has become loved by an everwidening audience with every tour since then. Glass Onion’s mixture of song, inner thoughts, humour and truthfulness has drawn glowing reviews in Sydney, Melbourne, Adelaide, London, Edinburgh and New York.

“Lennon’s spirit shines through” – New York Post
“D’ARRIETTA is a powerful pianist with strong beats for a Honky Tonk” – CURTIN UP
NEW YORK
"John Waters encapsulate the essence of Lennon." – CAPITAL RADIO, LONDON
“The JOHN LENNON SONGBOOK in concert” is a new venture which John Waters says will be an exciting new experience for himself and

Stewart…
“We genuinely still love performing these great songs, and have long thought of unchaining them and in a sense liberating them from being part of a theatrical show by simply performing them in a concert.

Stewart says
“I’m looking forward to playing John Lennon’s songs in their entirety and also to be able to weave some of our own magic into the genius of the songs using ‘The Mersey Strings Quartet with the talent of Greg Henson on Percussion and Paul Berton on Acoustic Guitar ”
They will no longer be abridged as some of them were in “Glass Onion” but performed in full.

We will both have the joy of just being ‘us’, and introducing the songs from our own point of view. We will also be doing a lot of extra songs that were never included in “Glass Onion”. So for all those people who have said to me: “I loved the show but I did wish you’d done ‘Mind Games’” - look out, here it comes!”