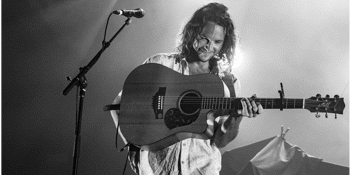 with Ben Camden, Felipe Baldomir
The Workers Club (Fitzroy, VIC)
Saturday, 3 October 2020 7:00 pm
84 days away
18 Plus
Indie
Send this event to
RESCHEDULED - FROM 18 APRIL TO 3 OCTOBER

After a whirlwind response to his 2019 Northern Rivers EP, singer-songwriter and busker Jack Botts kicked off 2020 with the release of his new single 'I've Got You’. On the back of selling out shows across Victoria and Western Australia through February and March, Jack will take to the roads of the East Coast once more in April to celebrate the release with an intimate run of headline shows.

Jack has spent the last 18 months on the road across Australia and on the streets of Byron Bay building his fanbase organically. He has coupled headline shows with supporting the likes of Tash Sultana, John Floreani, Pierce Brothers, Ash Grunwald and more. Added to that, Jack has also played festivals such as Land Of Plenty, St. Kilda Festival, The Hills Are Alive and Mountain Goat Valley Crawl, and he has also just been announced on Big Pineapple Festival alongside the likes of Hilltop Hoods, Alison Wonderland, G Flip and many more.

Brandishing a no-frills, down-to-earth approach to life and a charming knack for storytelling, Botts has swiftly and organically built an ever growing fanbase. Deep-thinking, heart-string-pulling and utterly endearing, Jack Botts is a breath of fresh air poised to command widespread attention before too long.