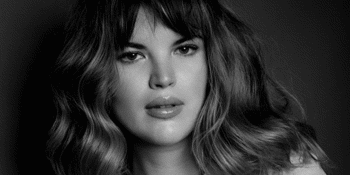 Brass Monkey (Cronulla, NSW)
Sunday, 12 April 2020 7:00 PM
54 days away
18 Plus
Music
Adult
Send this event to
Following a successful run of standout performances in the first season of The Voice, dazzling features in Channel 9’s smash hit drama Love Child, and a concert series with the Australian Brandenburg Orchestra, Emma Birdsall is bringing her warm and soulful tone back to The Brass Monkey..

Described by soul-singer (and coach on The Voice) Seal as “impeccably classy”, Birdsall “sings with a knowing directness that is, frankly, hard to resist” (Sydney Morning Herald). She’s travelled the globe songwriting, penned hit tunes for top Australian artists (Jessica Mauboy, Dami Im) and dipped her toes into the world of theatre as an actor, playing the fiery Miriam Aarons in a sold out season of The Women at Sydney Fringe Festival in 2018.

Since her impressive debut earlier this year at Manly’s International Jazz Festival, Emma has found her feet and truly found her “Voice” by coming back to her first love - jazz. Echoing the sounds of Sinatra, Diana Krall, Julie London and Peggy Lee, Birdsall and her band of young-spirited musicians will take you on a nostalgic and romantic trip down memory lane as they swing and saunter through the classics. You’ll hear familiar songs throughout the evening such as A Foggy Day, Moonlight In Vermont and Strangers In The Night, several of which feature on her debut EP ‘For Eric’, a tribute to her late grandfather.

Emma pairs delightfully with her quartet, accompanied by her husband (and arranger) Daniel May on piano and other exciting soloists.