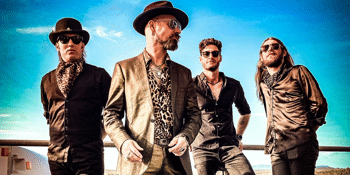 RESCHEDULED - FROM 27TH MARCH TO 27TH NOVEMBER
Pseudo Echo are one of Australia’s leading recording and touring acts, having pioneered the ‘80s, with their stylized look and electro sound, establishing themselves as one of the most iconic and influential, multi award-winning bands in the country.

Pseudo Echo continue to release new material including the albums “Teleporter”, “Ultraviolet”, “301 Demos”, “Live at the Viper Room”, and “Acoustica” ... with a brand new album “Afterparty” set for release in mid 2020 !