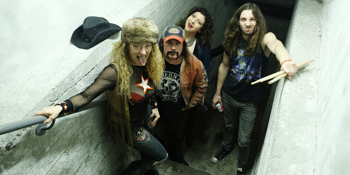 CANBERRA, MELBOURNE, SYDNEY, BRISBANE and PERTH - GET READY - NASHVILLE PUSSY will be in you: MAY, 2020!