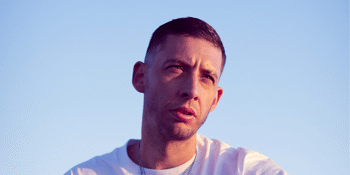 with special guests
Jack Rabbit Slim's (Northbridge, WA)
Friday, 22 May 2020 8:00 PM
42 days away
18 Plus
Electronic
Hip Hop
Dance
Send this event to
Following on from an extensive summer festival tour in his newfound homeland of Australia, Example has just announced an intimate club tour across Australia and New Zealand.
Example’s career spans the past decade and needs little introduction: with three top 10 albums (including the Platinum selling number 1 “Playing In The Shadows”), ten top 10 singles, arena tours and festival headline slots in over 60 countries.

Punters can expect to see all his greatest including “Kickstarts”, “Changed The Way You Kiss Me” and “We’ll Be Coming Back”, alongside his latest club bangers such as “All Night”, “Click” and the newly released “Sun Hits Your Eyes” in an almighty hour-of-power.