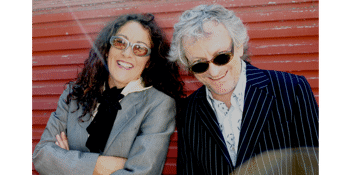 Longley International Hotel (Longley, TAS)
Sunday, 18 October 2020 2:30 pm
72 days away
18 Plus
Music
Send this event to
The EUROGLIDERS story begins in 1981, in Perth, Australia……the most isolated city in the world.
Within a decade of forming, EUROGLIDERS had recorded four albums, enjoyed a multitude of chart topping singles and been awarded a swag of awards from around the globe, for both music and video. But EUROGLIDERS truly began as a love story between a songwriter and a singer, both of whom had their own bands.
Today, some 25 years later, the relationship between that singer and that songwriter may have changed but the love of performing and their long enduring friendship continues every night on stage.