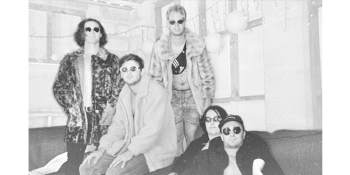 The Midnight Fuckboys had a dream: Release a debut album called Greatest Hits: Complete (fucking nailed it actually), and go on a debut tour titled The Farewell Tour. Well boys and girls, the time has come. You think you’ve seen fuckboys in your city before? Think again! We’re hitting the road to formally introduce ourselves.

We’ll be playing aaaaaalllllll the hits alongside our new single ‘I’ve Come Undone’. We can’t wait, it’ll be a rippa.

*Disclaimer* The Midnight Fuckboys would like to clarify that they are not actually saying goodbye. The title of the tour is simply for comedic purposes. Hugs and kisses, hugs and kisses.

This is strictly a drug and alcohol free event, all alcohol and contraband will be confiscated upon entry. Venue have the right to refuse entry to anyone intocicated.