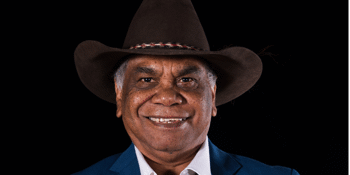 After the charting success of his 2016/17 duet album “Desert Water” including the hit single “Two Ships” which garnered main stage festival appearances all over Australia and a Golden Guitar nomination, 2017 was a massive year for Warren H Williams who continues to mark his place as a legend of Australian Country and Indigenous Folk Music. Warren has recorded a brand new album “These Are The Changes” for release Sep 2019 via ABC and will be launched at the Tamworth festival at The Family Hotel on Tue Jan 21 at 2pm. The new self-produced album is a mile stone for Williams and boasts 11 world class tracks that although are individually diverse songs, sit perfectly side by side creating a beautiful album story. This upbeat new album will take you on a journey through life in the outback, friends, love, family, unity and good times. His best album yet by all accounts. Special thanks to The Northern Territory Government