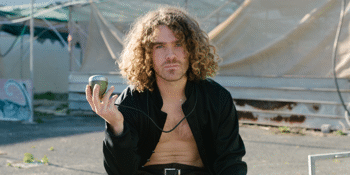 with Special Guests
Dunsborough Tavern (Dunsborough, WA)
Saturday, 9 October 2021 8:30 PM
20 days away
18 Plus
Music
Indie
Alternative
Send this event to
Rising star Noah Dillon announces signings with Dew Process and Select Music and shares a new single and video for ‘Losing Touch’. The release comes in tandem with the announcement of headline tour dates, as well as a national tour supporting Sly Withers.

'Losing Touch' is the first single Noah releases with Dew Process, and the second to be taken from his forthcoming EP – Don’t Change For The World (Like It’s Changing Me), which is due for release on Friday 1 October.  Picking up where ‘That’s Just How I Feel’ left off, ‘Losing Touch’ is another firecracker of power pop, with big swinging melodies and an air of bravado.

Noah is the perfect example of an artist constantly finding inspiration from the human condition. Sensitive, intense, sweet, passionate, light-hearted, joyful, effervescent – Noah’s music can be tagged with a myriad of life-affirming adjectives, but it all derives from the positive energy and inspiration that he draws from his relationships in everyday life.

“I’m of the opinion that all you leave behind in life are the relationships you’ve built with people. Most of my lyrics stem from analysing my relationships with those closest to me because it’s a place where there’s always a lot of passion” says Dillon of the friendships and loves where he finds material for his music.

The 24-year-old Perth singer-songwriter’s music ranges from explosions of frenetic energy to hushed lullabies of soulful sensitivity. In 2020, while the world was looking inward, Noah stepped out by releasing a scorching run of singles to full rotation spots across triple j and triple j Unearthed. Including the brilliant ‘Sunburnt In July,’ the intimate ‘Knievel Daredevil,’ the tongue in cheek anthem ‘Matthew McConaughey,’ and finally the foot-stomper ‘That’s Just How I Feel.’

Written in a stream of consciousness, ‘Losing Touch’ is yet another example of the kind of observation that comes from a poet first and a songwriter second, which is exactly how Dillon came to his craft. Growing up, it was creative writing and poetry that were his first loves. “I went to school camp with this guy ‘Smitto’ Smith – who was the camp leader. We would stay up late and he'd teach me songs that he’d written. That was when I realised I could transfer all my writing and poetry into music. Once I did that it was like everything I loved came together at once.”

With Don’t Change For The World (Like It’s Changing Me) set for release this October and even big plans in store for 2022, it seems like the good times are only just beginning.