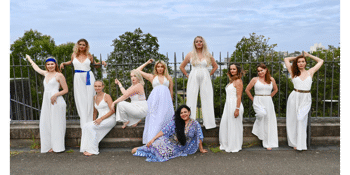 Palais - Hepburn (Hepburn Springs, VIC)
Saturday, 9 May 2020 7:30 PM
41 days away
18+ (unless accompanied by Guardian)
Cabaret
Choir
Music
Dance
POP
Theatre
Alternative
Send this event to
EVENT POSTPONEMENT INFORMATION - This event on Thurs 19/03/2020 has been rescheduled to Sat 9/05/2020.
Unfortunately due to our artists for the "Mamma Mia The concert" travelling interstate and having to cancel a show at The Athenaeum of Melbourne. They have advised they will not be travelling and are having to postpone the event at the Palais- Hepburn. New date Saturday May 09th 2020.
In the interest of those who have made travel plans and booked accommodation we would like to suggest booking tickets to our Friday night show with the amazing Jack Jones.
Ticket link: tickets.oztix.com.au/outlet/event/a8a7c1ca-887e-4a6d-a52c-68638f0ba921