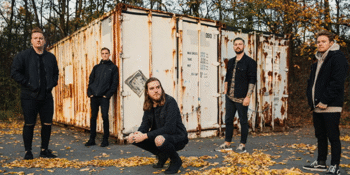 with special guests Crystal Lake + More
Crowbar Brisbane (Fortitude Valley, QLD)
Sunday, 1 March 2020 7:30 PM
1 day away
18 Plus
Heavy Metal
Send this event to
Those of you, who have been waiting for Wage War to perform a headline set in Australia are in luck, as the band will be performing some exclusive headline shows alongside Crystal Lake while both bands are out here supporting Polaris in February.

Wage War sharpen their patented hybrid of heavy pit-starting technicality and hummable hypnotic melodies with each subsequent evolution. The group’s 2015 debut, Blueprints, yielded multiple fan favourites with Alive cracking 12 million Spotify streams, The River exceeding 8 million and totalling nearly 50 million cumulative streams in two years. Wage War have toured alongside everyone from I Prevail and Of Mice & Men to Parkway Drive and A Day To Remember, logging countless miles on the road.