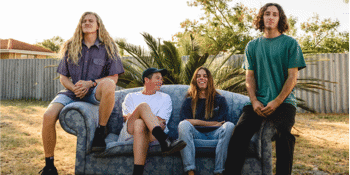 Great Gable's debut album Tracing Faces is out on Friday 7 August, and they'll be back out on the road across Australia & New Zealand in October & November for their first chance to share their new songs live. Recorded at The Music Farm with Alex Henriksson and Matt Corby in 2019, Tracing Faces is a highly anticipated first album from Perth's Great Gable, with lead singles All My Friends and Blur spending weeks in the top played songs on triple J.

Following the postponement of their tour earlier this year due to COVID-19 this will be Great Gable's biggest tour to date, taking in capital cities across Aus & NZ with new shows added in Byron Bay, Maroochydore, Hobart, Torquay, Canberra and Wollongong.

All tickets purchased to the April/May dates are fully transferable to the new shows in your city. If you’re unable to make the new dates you will be able to get a full refund at the point of purchase.