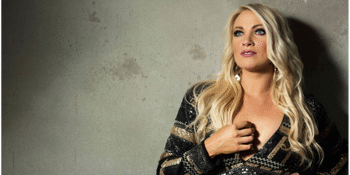 Hayley is delighted to present ‘An Intimate Night of Songs & Stories’ at Moonshiners. A stripped back, up close and personal evening featuring a variety of music released over her successful 15 year career, and the stories behind them. Hayley is also proud to showcase the voice of emerging country artist, Keely Johnson, as her opening act.

Hayley Jensen is a country singer-songwriter based in Sydney who burst into the Australian music scene in 2004 as a Top 4 finalist in Australian Idol, and later The Voice. Hayley’s music videos have received well over 2M views on YouTube, and in 2018, she was a Top 5 finalist in the Country Music Channel Awards for New Artist.

Hayley’s passion for live performance has seen her touring extensively as well as performing at major festivals, both at home and abroad. In 2018 Hayley was a headline International artists at Buckle & Boots Country Festival, UK. This year, Hayley was chosen as the featured artist for Groundwater Country Music Festival, and toured much of Canada supporting a local Canadian artist, as well as performing at the Calgary Stampede and Dauphin’s CountryFest - the only Australian artist listed on both official line-ups.