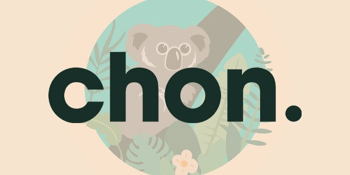 San Diego progressive rock act, Chon will be returning to Australia for their first ever national headline tour and making their debut visit to New Zealand shores this February.

The band recently released their third album in June. The self titled record, out via Sumerian Records, has reinforced the bands standing as one of the most buzzed-about acts in the new era of progressive rock. Brimming with some of the most forward-thinking, intricate musings the band have ever attempted, incorporating prog rock and jazz with lightning fast picking, staccato drumming and creative melodies that forge to bring something fresh and uniquely their own to the table.

Forming in 2008 they quickly caused waves in their local scene before being offered to play with bands like Coheed and Cambria, Animals As Leaders and Circa Survive.
Their debut full-length, 2015’s Grow, established their mathy, forward-thinking take on the genre, while 2017’s Homey furthered that sound while incorporating brand new influences like effect-pedal-heavy elements of electronic music and trip-hop.

“We really wanted to make songs with more simplistic structures, but also the craziest parts we’ve ever had musically,” Guitarist Mario Camarena explains. “I think our music is already so weird that when the structure is also crazy, it can be hard to follow. I really wanted this new album to appeal to people who maybe don’t listen to this style of music.”

Chon have clocked up an impressive 40 million Spotify streams and with the new album under their belts, they are expanding their musical fanbase and bringing prog rock to ever wider audiences, but will always remain true to their core fans.

For the band, it will be especially rewarding to bring this new musical mindset to the Australian crowds.