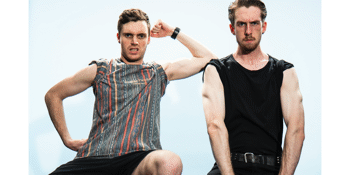 Luke and Lewis Hit the Road

The Entrance Leagues Club (Bateau Bay, NSW)
Friday, 14 February 2020 7:00 PM
21 days away
18 Plus
Comedy
Send this event to
Luke Kidgell and Lewis Spears are hitting the road together this summer on their first ever joint stand up tour!

Australian stand up comedians, Radio co hosts and best mates for years, Luke and Lewis are finally gracing the stage together to do what they do best... to tell some banga jokes. Luke and Lewis are two of Australia's biggest rising comedians online and on the stage, with over a million fans between them and years of sold out national tours individually, this is not one to miss.

Luke Kidgell is the most generic looking man alive. Honestly he is a human commodore… But with 3 National Tours under his belt, a National radio show, a Stand up special, heaps of viral videos and the host of two of Australia's most popular podcasts, he is the god damn Holden Clubsport of comedy.

Lewis Spears is the longest man in comedy, he’s also very tall. After performing to packed comedy clubs in New York City and headlining across Australia, Spears is ready to give regional Australia the show they deserve! (A rant on why the city sucks, how airports are packed with morons and why no one likes Americans)

The boys are heading up the east coast in a motorhome to put on the best night of stand comedy you’ve ever seen. It’s gonna be loose so don’t miss out!