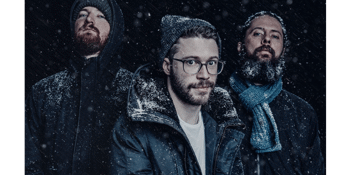 sleepmakeswaves 'these are not your dreams' Australian Tour 2022

with Closure In Moscow
The Cambridge Hotel (Newcastle, NSW)
Thursday, 22 September 2022 7:00 pm
36 days away
18 Plus
Music
Send this event to
Australian instrumental post-rockers sleepmakeswaves have announced their ‘these are not your dreams’ Australian tour will be rescheduled for 2022, due to the ongoing COVID-19 pandemic.

If you want to support bands and artists, Bandcamp is waiving their merchant fee for 24 hours from 6pm Sydney time (12am PST and 7am GMT) on Friday 2 April & Friday 4 May. So please hop online and do your buying there.

Fri 6 May – The Cambridge Hotel, Newcastle NSW
Sat 7 May – The Basement, Canberra ACT