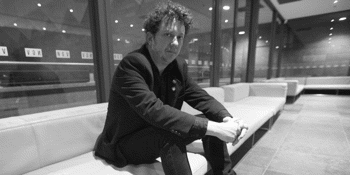 The Wheatsheaf Hotel (Thebarton, SA)
Sunday, 11 October 2020 3:00 PM
15 days away
18+ (unless accompanied by Guardian)
Acoustic
Australian Artists
Send this event to
Ben Salter is making his first interstate foray since the trouble began, travelling intra-bubble from his home in Tasmania to South Australia.
An acclaimed songwriter and performer, Salter is also a founding member of The Wilson Pickers, The Gin Club and Giants of Science and has collaborated or performed with some of Australia's best known artists including Tim Rogers, Mick Thomas, Liz Stringer, Gareth Liddiard, Marlon Williams, Bernard Fanning, Angie Hart and many many more. He's certainly been keeping busy during the end times, releasing two new studio albums "The Mythic Plane" and "Summer Of The Loud Birds" plus a live album "Live In Japan" in the past six months, with another one due in October. Salter will be performing at The Wheatsheaf Hotel Adelaide on Sunday the 11th of October 2020. Tickets on sale now.