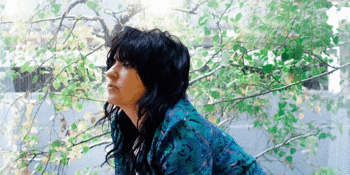 with special guests David Schaak
The Milk Factory (South Brisbane, QLD)
Sat 28 March - Thu 1 October 2020 7:30 PM
18 Plus
Acoustic
Send this event to
POSTPONED EVENT INFORMATION
In light of the current crisis we’re all facing, it’s with heavy hearts we’ve decided to postpone our show at The Milk Factory in Brisbane.
We were SOOOO looking forward to celebrating the new album with you all, but we’re working on a reschedule date ASAP, so stay tuned!
Please hold onto your tickets for use when a future date is set.
Like so many industries, musicians have been hit hard by this pandemic, putting a hault on all live income for the foreseeable future.
Thanks for all your support - take care out there and can’t wait to see you soon when everything’s back on track.

TRACY MCNEIL & THE GOODLIFE – ‘YOU BE THE LIGHTNING’ AUSTRALIAN ALBUM TOUR

Within the broad strokes of Americana music, Tracy McNeil & The GoodLife celebrate the release of their new album ‘You Be The Lightning’ with a national Australian tour.