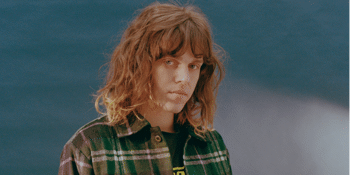 With specials guests
The Goods Yard (Hobart, TAS)
Saturday, 29 May 2021 7:00 pm
22 days away
18 Plus
Australian Artists
Music
Hip Hop
Send this event to
ALLDAY - aka Melbourne’s Tomas Gaynor - returns with a new single today 'After All This Time'. Absorbing the childhood influence of The Pixies, The Cure and Oasis and drawing on his teenage love of underground hip-hop, the recording sees Allday expand his musical vision and flex his considerable song-writing muscle to produce a guitar-driven track that glows with nostalgia.

'After All This Time' was produced by Scott Horscroft (silverchair, Empire of the Sun, DMA'S) and premiered on triple j Drive yesterday, with Allday saying, "It feels so right it can’t be wrong".

Allday is the quiet achiever of the Australian music industry, amassing 200 million career streams, Top 10 ARIA debuts with each of his previously released LPs - Starry Night over the Phone (2019), Speeding (2017) and Startup Cult (2014) - and a Platinum single, 5 x Gold-certified singles and 1 x Gold EP. Allday's live following is enormous, with huge, iconic festival sets, and sold out giant venues on every tour.