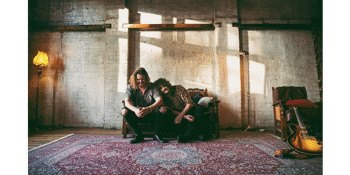 Steve Cousins
The Cambridge Hotel (Newcastle, NSW)
Friday, 8 October 2021 8:00 PM
18 days away
18 Plus
Acoustic
Folk
Music
Blues
Australian Artists
Send this event to
For years now twin brothers Jack and Patrick Pierce’s high energy duo Pierce Brothers has been a staple of the Australian indie-folk/ blues & roots scene, captivating festival goers and headlining sold out venues the world over. Exploding onto the world stage in 2014, the brothers started their journey as buskers on Bourke street (alongside other incredible busking acts Tash Sultana and Tones and I), and soon became a must-see act selling out 3 Corner Hotels with the release of their breakout EP The Night Tree in 2014.

Shortly after, on the back of the success of The Night Tree, the pair played their first European set at Lowlands Festival in 2014. Soon the Melbourne duo began a steady journey building audiences and selling out shows all over the world, supporting artists the likes of The Cat Empire, St. Paul and the Broken Bones, Tones and I, and Tash Sultana just to name a few.

Having established themselves as an integral part of the music scene in Australia and abroad, the brothers have toured relentlessly – honing their craft and gaining fans across the globe as they go. The band’s music has grown with them over the years and has seen them release a top 15 ARIA debut album (Atlas Shoulders, coming in at #13) and two Top 10 ARIA EPs (The Records Were Ours and Into The Dirt), and have received over 30 million global streams.

The pair recently lived out their dream of headlining a maxed-out Forum Theatre in their hometown of Melbourne, before taking on a massive world tour, headlining venues all over the globe, playing arenas supporting Tash Sultana, as well as massive AAA festivals in North America, Europe, and Australia.

During the 2020 lockdown the boys retreated into the studio for 6 weeks and created their most ambitious record yet, completing their as yet untitled sophomore album entirely self-funded and releasing 100% independently early 2021.

In 2021 they will be appearing at Bluesfest Byron Bay shortly after the release of Into The Great Unknown, before setting forth on their biggest Australian regional tour to date. Returning to venues in all 7 states & territories after spending 2020 in lockdown and most of 2019 touring North America and Europe.