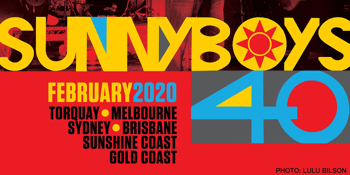 Rocket Science: 4.30pm
Sunnyboys: 5.30pm
VENUE CLOSES: 8.30pm
* PLaying Times are approximate only and are subject to change without notice