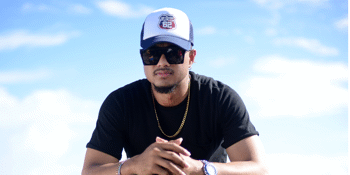 Moonshiners Honky Tonk Bar (Tamworth, NSW)
Tuesday, 21 January 2020 10:00 pm
3 days away
18 Plus
Country
Music
Festivals
Send this event to
Mr Cowboy (Sam Ah Choo-Koon) is a country artist who lives in Samoa and has been performing since the age of 8. And now 16 years on, his passion for country music has taken him all over the South Pacific.
His road to Tamworth has been a fairy-tale partly de to him being discovered by 2GB radio host, Ray Hadley. He was invited to perform on Ray's morning show a couple of months ago, and thanks to overwheling support of Australian country fans he will answer their requests by playing in Moonshiners Bar at the 2020 Tamworth Country Music Festival.
Accompanying him will be his amazing band The Western Samoans. So, if you're a fan of Brad Paisley, George Straight or Jim Reeves...then Mr Cowboy is the one to see.