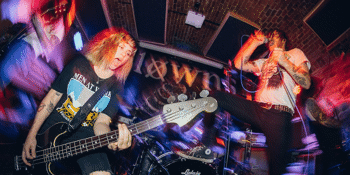 Their newly released single Does It Matter? has already caught the eyes and ears of the world.

Vocalist Stevie Williams had this to say about their new single “Our aim was to write the most Clowns song that had ever existed - it's punk, it's garagey, there's some screams, there's some big singalongs, it's got a ripping guitar solo and it's about how about 98% of the time breaking the law just doesn’t really matter”

Catch them playing it live, among many of their other now classic Aussie punk tracks at their upcoming tour dates.