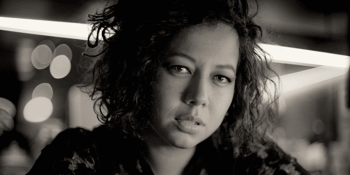 Brass Monkey (Cronulla, NSW)
Sunday, 6 June 2021 12:30 pm
24 days away
18 Plus
Adult
Music
Send this event to
Mahalia Barnes has been around music her whole life. Throughout her childhood years she was exposed to everything from Ray Charles, Otis Redding, Wilson Pickett to Ike + Tina Turner, Aretha Franklin, Donny Hathaway and Stevie Wonder, all of which helped shape her into the powerhouse soul and blues vocalist that has jaws dropping every time she picks up a mic.

"I have grown up in a world full of music, all sorts of music, but for me it's always been about Soul, Blues and Rock n Roll. I remember my Dad playing me heaps of Ray Charles, Otis Redding, Wilson Pickett, Ike + Tina and stuff like that as a kid."

Mahalia began her musical career early in life having shared the stage with her dad since she was in her teens. Of course it wasn't long before she struck out on her own and formed her own band, The Soul Mates - Originally featuring a floating line up of Sydney's best soul/blues/rock musicians and a selection of special guest vocalists wherever possible.

Hard Expectations was recorded at Freight Train Studios in Botany and mixed at Apple Street Studios in Berrima and features US guitarist  Kirk Fletcher (The Fabulous Thunderbirds) playing on all tracks and blues/rock powerhouse, Joe Bonamassa, taking the guitar solo on Move On. The title track, Hard Expectations, was written by Cold Chisel’s Don Walker and has already been added to national ABC Local Radio playlists. The album features 9 original songs written by members of The Soul Mates, as well as the title track, Hard Expectations, and covers of Curtis Mayfield’s Hard Times and The Pointer Sisters’ You Gotta Believe.

Mahalia said today, “I am excited for people to hear this record. I really feel like the album has captured the spirit and energy of The Soul Mates, we experimented a bit more and really let loose in the studio this time, and to have Kirk Fletcher on the record with us was such a  privilege. We had a lot of fun. The end result is a journey through love, loss, heartache and happiness. It’s raw and it’s all heart”