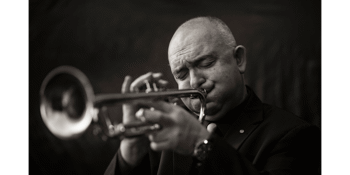 Centro CBD (Wollongong, NSW)
Saturday, 21 May 2022 6:30 pm
240 days away
All Ages (minors must be accompanied by Guardian)
Acoustic
Australian Artists
Dinner & Show
Jazz
Music
Send this event to
GET TICKETS

James Morrison is, by anybody’s standard, a virtuoso in the true sense of the word. Besides the trumpet, this multi-instrumentalist also plays trombone, piano, saxophone and double bass.
At the age of six he started on piano, at seven he took up brass, at nine he formed his first band and at thirteen he was playing professionally in nightclubs. His international career developed just as quickly with a debut in the USA at the Monterey Jazz Festival at age sixteen. Following this were performances at the world’s major jazz festivals, including Montreux, North Sea, Nice and the Hollywood Bowl, playing with many of the legends of jazz - Dizzy Gillespie, Herbie Hancock, Dave Brubeck, Chick Corea, George Benson, Quincy Jones, Ray Charles, B.B. King, Ray Brown and Wynton Marsalis to name a few. James also frequents the world’s most famous jazz clubs – Birdland, The Blue Note and Village Vanguard in New York, the New Morning in Paris, the Tokyo Blue Note and Ronnie Scott’s in London. This year he brings his Quintet to Centro CBD to entertain us once again .