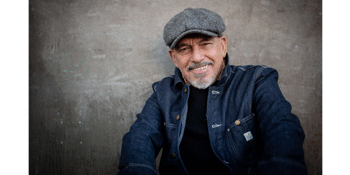 Sonny James
Kingscliff Beach Hotel (Kingscliff, NSW)
Sunday, 16 October 2022 3:00 pm
69 days away
18 Plus
Music
Music
Send this event to
After a tough year of cancelled shows, lock downs and juggling dates in 2021, Joe and The Black Sorrows are back on the road for a series of huge shows at clubs and festivals around Australia. Warming up with a few choice Australian shows late August, The Black Sorrows are back to Europe in September 2022 with shows in Italy, Switzerland and Germany. This will see Joe and the band road-ready and gig-fit for you on their Australian Tour running October – December 2022.

Joe is busting to get back out there but has not been sitting idle between sell out shows! He has been hard at work on a new Sorrows’ album, and you should keep your eyes peeled for a great new live album including many of your Sorrows’ favs coming out later this year.

The Black Sorrows continue to be one Australia’s most prolific and enduringly popular bands renowned for their high-energy live shows, musicianship, and infectious, roots-soaked blues rock. They’ve sold more than two million albums to date and won an ARIA Award for Best Group.
Joe Camilleri has been at the forefront of Australian music for decades as the leader of Jo Jo Zep and The Falcons and The Black Sorrows and as writer of radio anthems Hit & Run, Shape I’m In, Chained To The Wheel, Harley & Rose and Never Let Me Go.

Joe Camilleri is an ARIA Hall of Famer and, at 74 years of age, a rock’n’roll lifer who still rocks the house.