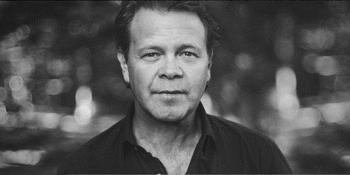 with special guest Jem Cassar-Daley
Imperial Hotel Eumundi (Eumundi, QLD)
Friday, 23 October 2020 7:00 PM
32 days away
18 Plus
Music
Music
Country
Folk
Acoustic
Send this event to
Troy Cassar-Daley has released 10 studio albums throughout his thirty years of making music. He comes from a long line of storytellers and shares his musicianship with so many artists across different styles of music. His passion to pen stories about this land and what lies at the heart of it has been a driving force in his career.
Troy’s natural authenticity is the bloodline of his music that endears him to his ever-growing number of fans from every walk of life.
Troy has been awarded numerous accolades including 37 Golden Guitars, 4 ARIAs, 3 APRA Song of the Year awards, 9 Deadlys (Australian Indigenous Artist Awards), 4 CMAA Entertainer of the Year awards plus 2 NIMAs (National Indigenous Music Awards).  In 2017 Troy was honoured as the 50th inductee into the prestigious Australasian Roll Of Renown.  He has had numerous gold and platinum albums and achieved a staggering 32 Number 1 chart singles.
His songs have been the soundtrack to the everyday triumphs, struggles and good times for Australians from our small towns to the big cities.

Troy will be joined by special guest Jem Cassar-Daley.

Jem Cassar-Daley is an Australian singer songwriter based in Brisbane with a captivating stage presence and tasteful piano playing across a variety of genres. Her interest in music began at a young age, inspired by artists including Missy Higgins, the Dixie Chicks and Carole King.

She has recorded and performed live with her father, Troy Cassar-Daley, at events such as the Sydney Carols in the Domain, as well as being the opening act for his Greatest Hits Tour around Australia in 2019. This year long tour of performing within a variety of venues; scaling from the small country towns, to the large festival stages has provided Jem with invaluable musical and industry experience.

This is a seated show and tickets are limited to comply with Covid Safe regulations.
Contact tracing will be in place - please complete your details in the 'track & trace' section of the booking process.