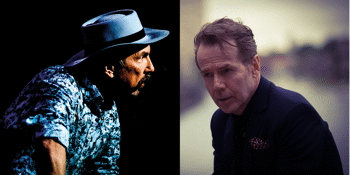 Walsh is the near-myth behind The Apartments, the group he named after one of Billy Wilder’s greatest films. His music is of another time: post-punk, certainly, but also of Burt Bacharach and Jacques Brel; Françoise Hardy and Serge Gainsbourg, hence his popularity in France.
Snarski brings the songs from his beloved solo works “Sparrow and Swan” and “Wounded Bird”. Known as the velvet-voiced troubadour and singer with The Blackeyed Susans, he boasts multiple ARIA nominations, tours with Johnny Cash, Leonard Cohen and Marianne Faithfull.

The pair will perform alone and together for the first time ever in Brisbane.