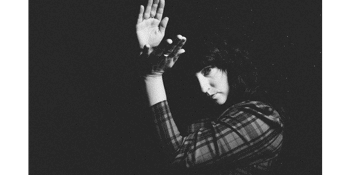 Tracy McNeil & The GoodLife are back on the road with a rescheduled Australian tour to launch their ARIA nominated new album, ‘You Be The Lightning’. Combining McNeil’s Canadian roots with a shimmering indie Americana sound, the powerhouse outfit received critical praise around the country following their new release through Cooking Vinyl Australia - home to such luminary songwriters as Lucinda Williams, Patty Griffin and John Prine.

With high radio rotation for singles ‘Catch You’ and ‘Not Like A Brother’, ‘You Be The Lightning’ was made Feature Album on Double J, PBS FM and 2SER and was followed by a coveted ARIA nomination for ‘Best Blues and Roots Album’. Capping off the run of accolades, they won Best Country Album at the Music Victoria Awards and received a long-list nomination for the prestigious Australian Music Prize.

In an unforgiving year, ‘You Be The Lightning’ shone brightly, and the band can’t wait to finish what they started.

“It would be naïve of me to say that Tracy McNeil sounds like someone else because the truth is she’s a f*ucking force for nature, unique, a powerhouse, a slayer, a genius, a musician of the highest degree.” Nkechi Anele – Triple J

“So many of these songs sound familiar, steeped in a sound that references Fleetwood Mac, Gram Parsons and that point on the highway where country meets soul” ★★★★ Chris Familton - The Music

“An essential chapter of Australian alt-country and one of the first truly great records of 2020.” Dan Condon - Double J

**This is a general admission ticket. If you'd like to have food or drinks before or after the show please contact us to book a table. You can email info@thebridgehotelcastlemaine.com or call us on 4406 6730