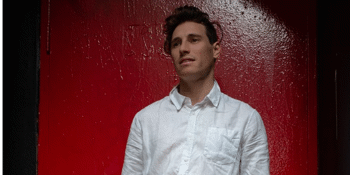 From the release of his debut E.P THOUGHTS with the likes of Like I Do, Dig Deeper and Blinded all on Triple J Unearthed, through to now working on his new soon to be released E.P "LAST CHANCE ROMANCE", as well as being picked as one of Melbourne's most exciting new up and coming artists in 2021 and headlining at "Our Pride of Footscray" to a sold out crowd in February this year, Eamonn Conor has achieved a lot in the past 12 months since the release of his first E.P THOUGHTS, with success of his track "Blinded" having over 1000 streams as well as his sound becoming more of a Disco, Funk style with a brand new look, and he is absolutely showing no signs in slowing down.
The Maribyrnong based Disco performer is set to grace the stages around Melbourne in 2021, so secure your tickets today for your chance to see new unreleased music off of his new E.P "LAST CHANCE ROMANCE" live in the flesh!

Ceylon Rose, ALETHIA and Emily Williams will be the opening and support acts for this huge event.