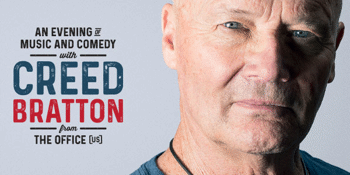 The MJR Group By Arrangement with 33 & West

The original tour dates for Creed Bratton’s upcoming Australian and New Zealand tour, which can no longer take place due to restrictions placed on travel and public gathering in Australia, have now been shuffled to March 2021.

Having been performing solo shows for over decade, Creed Bratton, who played an over the top version of himself, as the mysterious, quality-assurance director that smells like mung-beans, lives for scuba diving and can’t tell the difference between an apple and a potato, will now be landing in Australia next year.
Set to hit Australian shores in March 2021, Creed’s variety show – which includes live music, stand-up comedic and untold stories from both his life and time on ‘The Office’ – will land in capital cities around Australia, including Melbourne, Sydney, Brisbane, Canberra and Perth.