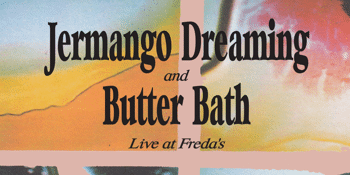 Two of Sydney’s local crooners, Jermango Dreaming and Butter Bath, are linking up for their first shows since the return of live music. Whilst they haven’t played a show together before, they’re no strangers to sharing an audience. The two met through French label, Nice Guys, who have been releasing music with the Aussie acts.

Alongside Jermango Dreaming, Butter Bath will take to the stage to celebrate the release of his fourth single, Back Home Old Buddy, earlier that week. With honeyed vocals and hypnotic groove, the new single presents with the same psych-soul charm of Butter Bath’s previous three releases. It will be Butter Bath’s first show as a five-piece outfit.

Catch these two rising psych-pop jewels at Freda’s on the 9th of October.