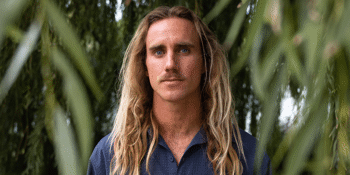 with Special Guests
The Bearded Lady (West End, QLD)
Friday, 17 September 2021 7:00 pm
121 days away
18 Plus
Roots
Indie
Music
Australian Artists
Send this event to
Michael Dunstan has spent the last 12 months doing laps of his stomping ground in WA, playing almost every corner of his home state. But he’s now excited to announce he’s heading back on the road to head out east in celebration of his upcoming EP release entitled Porch.

Returning home mid tour in March of 2020 amidst a string of sold out shows, Michael is keen to get back to his audiences across the Nullarbor.

Out May 7, Porch is the latest EP offering from Dunstan who just can’t seem to stop creating new music. During 2020, Michael Dunstan released his stunning album In The Grand Scheme, which was swiftly followed by single releases Lay In The Sun (Acoustic), The Wind Blows and Above The Falls. Showing no signs of slowing down, Michael Dunstan is excited to announce the launch date for Porch alongside an extensive east coast tour run.