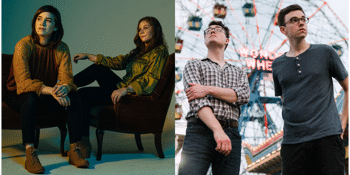 CANCELLED - The Other Favorites and Reina del Cid

*We will be contributing to the AU Fire Relief using proceeds from this show.*

The Other Favorites is the long time duo project of Carson McKee and Josh Turner. Perhaps best known for their performances on YouTube, which have garnered millions of views. The Other Favorites are now based out of Brooklyn, NY. Together, Turner and McKee bring their shared influences of folk, bluegrass and classic rock into a modern framework; one distinguished by incisive songwriting, virtuosic guitar work and tight two-part harmony.