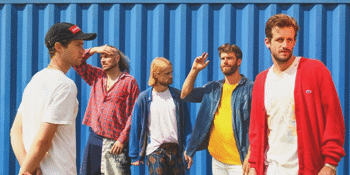 The Saloon Bar (Hotel Tasmania) (Launceston, TAS)
Saturday, 5 December 2020 7:30 pm
122 days away
18 Plus
Australian Artists
Indie
Music
Send this event to
The Rubens are extremely excited to announce their biggest Australian tour to date – the LIVE IN LIFE tour.