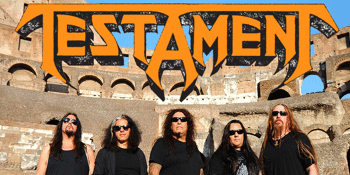 For over three decades, Bay Area quintet Testament has consistently delivered unadulterated, unbridled, and unbreakable metal in its purest form without compromise or any signs of slowing down. Over the course of seminal releases ranging from The Legacy and Practice What You Preach to The Gathering and The Formation Of Damnation, which won “Best Album” at Metal Hammer’s 2008 Golden Gods Awards, the group’s sales exceeded 14 million worldwide with 2 million in the U.S. alone.