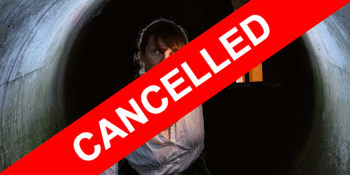 CANCELLED - ALANTA COLLEY - ON THE ORIGIN OF FAECES

Everyone does it. Darwin liked to collect it. Elvis died on the toilet doing it. Gwenyth Paltrow loves a coffee enema to flush it. Poo brings us all together. So, you know, wash your hands. This is a real shit show. Join science comedian Alanta Colley for a celebration of excrement; exploring our gut feelings about what’s lurking in our innards, how gut bacteria makes us who we are and how we feel about poo. The show takes a bottom up approach to some scientific scat chat, as we dive into the bowels of the matter, to learn about poo horoscopes, DIY faecal transplants and why dogs defecate on a north-south axis. So grab a stool and join us for a diarreally good time.

Alanta is a comedian, science communicator and storyteller from Melbourne. With a background in International public health, her first solo science comedy show Parasites Lost sold out its entire run at Melbourne International Comedy Festival in 2017 and has been enjoyed by audiences in Adelaide, Perth, Sydney and for the Gates Foundation in Seattle. Her second solo show Days of our Hives about bee keeping and bee losing attracted more bee keepers than any other show at a comedy festival.

Alanta recently received an Inspiring Australia Science Arts Grant to tour Days of our Hives to Perth. She co-founded Sci Fight Science Comedy Debate and toured it nationally in 2018 and 2019.  Alanta is a regular guest on ABC radio with David Astle, has appeared on ABC TV News and has been featured in frankie magazine. She also moderates for the Transitions Film Festival.

She lives in a pot hole in Angola, with her cat, her uncle and the entire Spanish fleet.