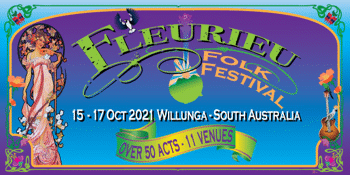 Pete Denahy | Victoria
When Pete Denahy talks about his own show, he says, “It’s not rocket science; I’m not the best singer, fiddle player or guitar picker in the world, but as far as I know, no one else is doing my show.” Which is true; there isn’t another show like it. He blends fiddle tunes, bluegrass style original songs and madcap comedy to provide the audience with an escape from reality most of them feel is worth their while.

Emma Dean | Queensland
Emma Dean is an imperfect, romantic and passionate human-being who loves to write theatrical pop songs about love and the human spirit. With an impressive tour history and collaborations to be jealous of, Emma has performed cabaret Off-Broadway, Edinburgh and Adelaide Fringe Festivals, and even the Commonwealth Games opening ceremony.

Toby Beard | Western Australia
Western Australia’s Toby is so much more than your average singer-songwriter. She powers through each live performance with her own lyrical talent and fierce, dynamic vocals, with audiences revelling in the genuine honesty of both her song writing and her performance. Her compelling vocals and the way in which she captures her audience can’t be explained but just needs to be heard and seen. Her live performance truly is a treat.

About the Fleurieu Folk Festival
Fleurieu Folk Festival is South Australia's largest and friendliest folk music festival. It's an annual three-day celebration of diverse music held in the picturesque township of Willunga, in South Australia’s premier wine region, where the Festival has been held since 2007. Each year, the Festival present over 50 of the best local, interstate and international (pre COVID) musicians, over 11 venues, covering an eclectic range of genres including Celtic, Americana, Trad Folk, Blues, Roots, Bluegrass, Country and Acoustic. With workshops, sessions, dancers, blackboard concerts, musical theatre, poetry, spoken word and children’s entertainment, as well as local food, wine and market stalls; there is truly something for everyone!
Camping available onsite.