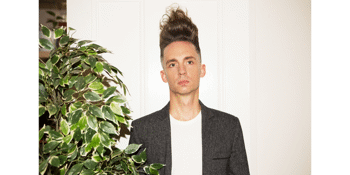 Darling James celebrates the release of his hard-hitting new single ‘Make the Grade’ with a long-awaited matinee show at The Workers Club on Sunday 14th November. Having last graced the stage at the Workers Club during his ‘Mood Eyes’ tour launching the E.P. of the same name, Darling James is excited to be back at one of Melbourne’s most loved venues. Darling James’ ‘Ultimatum Talk’ single received high rotation on Triple J and his tracks ‘God’s Graffiti’ and ‘The Itch’ have over 220,000 combined streams on Spotify. Having performed with The Church, Dan Kelly, Ella Hooper and many more Darling James brings his three piece band along for the ride in what promises to be an energetic post-covid return to the stage. Up-and-coming indie-folk song writer Amelia Allan opens the afternoon while sublime art-pop practitioner Imogen Cygler plays is main support.