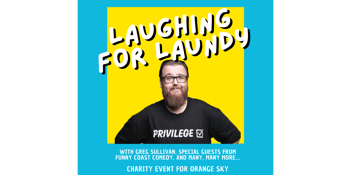 
Here to crease you up in the name of ironing is:


One of Australia’s busiest Comedians, Mick is just as comfortable on-stage at the biggest comedy clubs and corporate functions in the city, and the smallest venues and sporting clubs in the country.

“Mick Neven’s stand-up is so slick…he’s seriously entertaining”, The Age.

“a rollercoaster Wizard of a ride from Oz”, The International Times

His material is observant, sharp and satirical, highlighting the foibles of modern life in a likeable and relatable fashion.  Intelligent, hilarious and always good-natured, delivered with high-energy and a never-ending stream of punchlines that continually take his jokes to the next level.

“He delivers a performance with punch, humour and a heart”, The Herald Sun.

With 17 years on the Australian Comedy Circuit under his belt he now Headlines at Comedy Clubs around the country, as well as throughout Asia, the US, Canada and the UK.