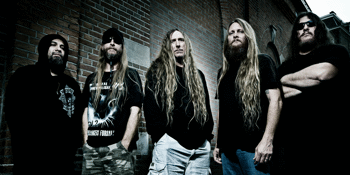 OBITUARY remains as one of the most influential and groundbreaking bands in the death metal genre, one which they helped to create. Combining hyper-speed guitar riffing, complex arrangements and guttural screams, the band created a bleak and violent soundscape for metal fans worldwide.

In 1990 OBITUARY released the album ‘Cause Of Death’. One considered a classic in the history of the death metal genre, a masterpiece that has stood the test of time and, to this day, remains as a must have album for any death metal fan. Celebrating 30 years since its release, OBITUARY return to Australia to play the album in full, plus a choice selection of death metal cuts from their early years!!

Making their long overdue first appearances in Australia are Singapore’s vitriolic grind terrorists WORMROT.  Their performances are intense, spectacular, furious, a barrage of unrelenting, head-caving grindcore, honed by a singular determination to fucking destroy the competition. Get it or get out of the way!!