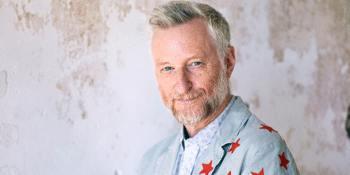 THIS SHOW HAS CHANGED VENUES. FOR TICKETS, PLEASE CLICK HERE

NIGHT 3 Songs From Second Three Albums ‘Workers Playtime’ (1988) ‘Don’t Try This at Home’ (1991) ‘William Bloke’ (1996)
Handsome Tours is thrilled to announce that Billy Bragg will be returning for a very special tour entitled "One Step Forward. Two Steps Back." In each city Bragg will perform three unique shows on consecutive nights. The first night’s performance will feature Bragg’s current set, which ranges across his 35 year career. The second will see Bragg perform songs from his first three albums: his punk rock debut Life’s a Riot with Spy Vs Spy (1983), its similarly raw follow-up Brewing Up with Billy Bragg (1984) and Talking with the Taxman about Poetry (1986). The third performance will see Bragg perform songs from his second three albums: the positively jangled Workers Playtime (1988), the pop classic Don't Try This at Home (1991) and the back-to-basics William Bloke (1996).